The tiny island of Panarea, in the Mediterranean waters cupped by Sicily and Italy toe, is what remains of a long-dormant volcano, its towering cliff faces swirled with frantic eddies of rock stat. Plumbago, Jasmine and Bougainvillea, pretty as a picture, tumble over the walls of its modest village houses, while its wilderness are dense with tough maquis vegetation: myrtle, macchia mediterranea, lentisk, hardy tamarisk trees and the capers that were once the islanders’ principal source of income.
Panarea, with its mesmeric views toward the island of Stromboli (an active volcano that lights up the night sky with firework sparks, and in its friskier moments spews blazing orange lava into the bubbling sea below), has lured human settlers since the Bronze Age. The ancients named it Euonymus.
Later it fell victim to marauding pirates, notably the Arabian Drauth, the one sandy beach on a coastline of rocks.
Panarea, and its little islands, was discovered by a fresh wave of adventurers, this time free-spirited creative thinkers, marauding for beauty and inspiration. 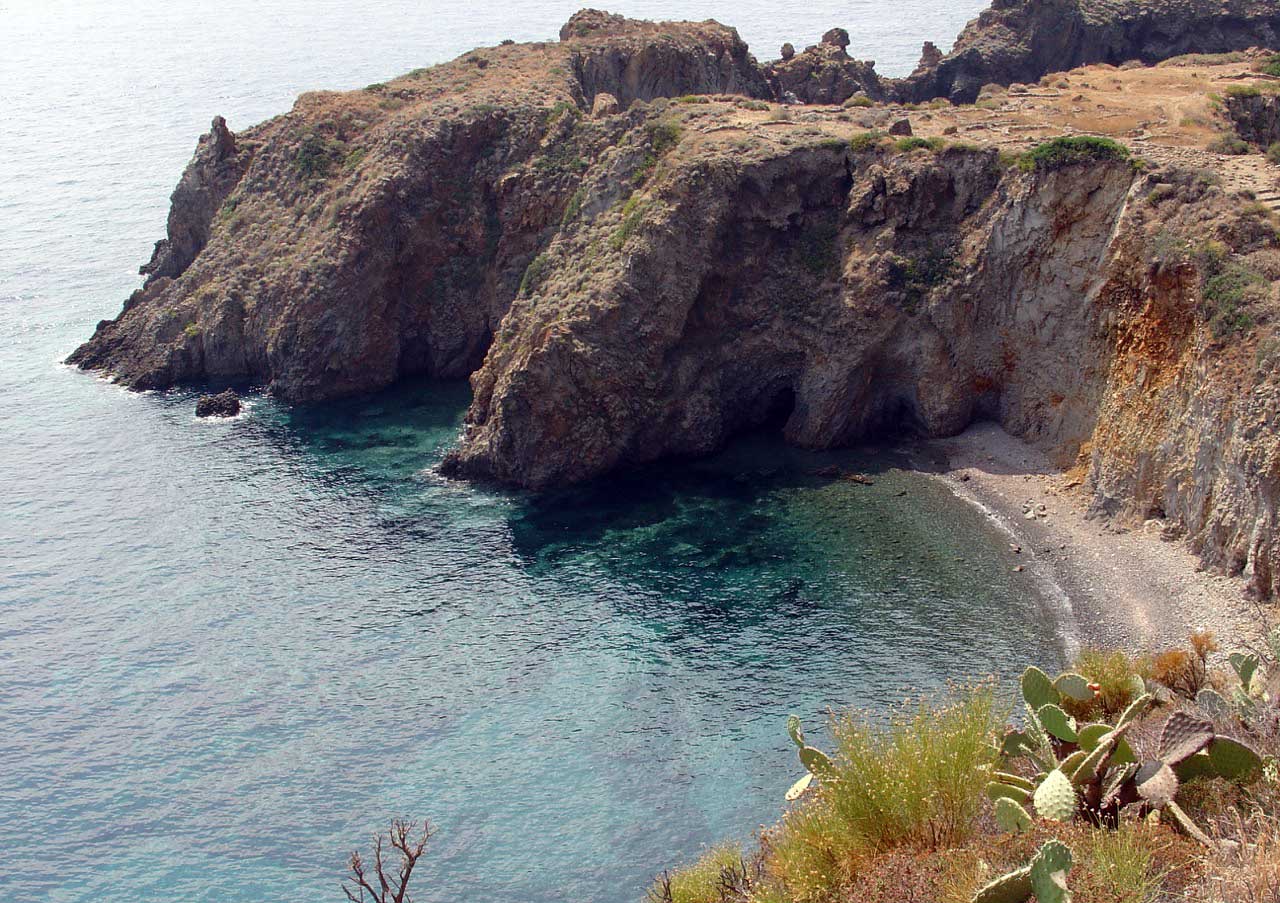 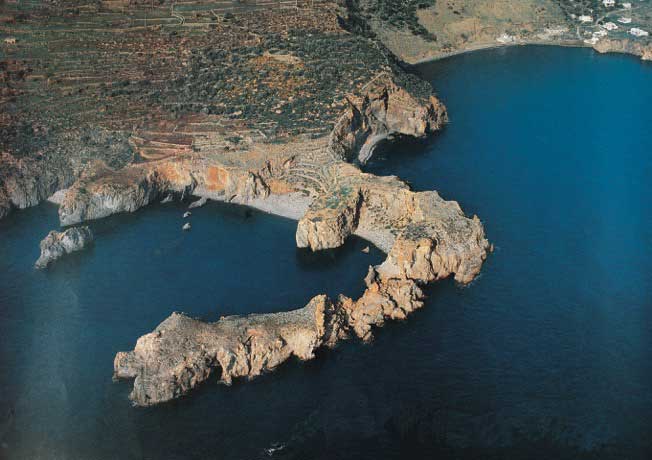